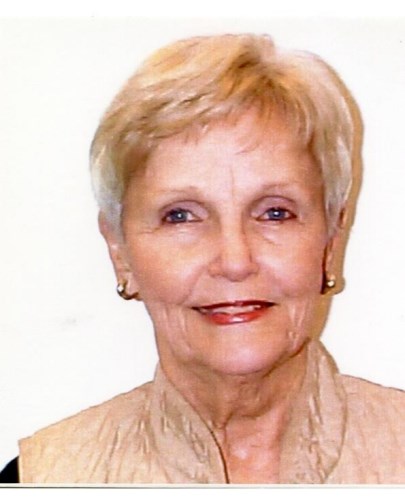 BORN
1937
DIED
2021
FUNERAL HOME
Parks Funeral Home
130 W. 1st North St.
Summerville, SC
Saturday, August 21, 2021 in the cemetery of Cypress Methodist Campground a gathering of family and friends will lay to rest Patricia Irick Banks, age 84, of Summerville, South Carolina. She was born in Vance, South Carolina on June 10, 1937 to the late Fred Lawton Irick, Sr. and Frances Delk Irick. She grew up in Vance where she attended Corinth Baptist Church and graduated from Holly Hill High School in 1955. Patsy, as she was known, attended Limestone College before transferring to the University of South Carolina where she graduated in 1959 with a degree in education. She joined Chi Omega and was crowned Maid of Honor of the May Court, Homecoming Queen and Miss Garnet and Black and, most importantly, met her future husband of 61 years, Ronnie. After college, Patsy and Ronnie married and moved to his childhood town of Summerville. She taught school at Summerville Elementary, before leaving to focus on her growing family. Patsy loved to play bridge, make beautiful flower arrangements, host parties, travel, and visit Kiawah Island. She gave of her time and talents to Bethany UMC, the Summerville Garden Club (past president), the Charleston Horticultural Society, Middleton Gardens and the Summerville community. Most of all Patsy loved spending time with her treasured friends and family, regaling them with jokes. She was one of a kind and will be missed.

Published by Summerville Journal-Scene from Aug. 18 to Aug. 19, 2021.
To plant trees in memory, please visit the Sympathy Store.
MEMORIAL EVENTS
Aug
21
Graveside service
11:00a.m.
Cypress United Methodist Church Cemetery
Ridgeville, SC
Funeral services provided by:
Parks Funeral Home
MAKE A DONATION
MEMORIES & CONDOLENCES
Sponsored by Parks Funeral Home.
2 Entries
I'm so sorry to hear of your mom's passing. She was a wonderful lady and her smile was always a pleasure to see. My mom enjoyed your family so much, Betsy, and I pray you will have wonderful memories of your mom, as I have of mine. Bless you, Debbie
Deb Clayton
August 22, 2021
Please accept our condolences on the passing of Mrs. Banks. The staff at Guerin's Pharmacy is sending prayers for her family. Barbara Dunning and staff
Guerin's Pharmacy
August 18, 2021
Showing 1 - 2 of 2 results