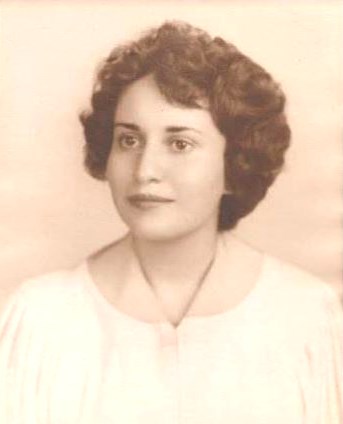 Born on August 14, 1937, in Brooklyn, New York, Mary was a devoted military wife, mother of 5, and grandmother to 14 children who will miss her unique personality, memorable holiday celebrations, and delicious crumb cakes. Married for 55 years to her beloved husband George, Mary thrived as a USAF bride during the Cold War era, living at remote Strategic Air Command bases around the US and then settling with their 5 children at Charleston AFB during the Vietnam War. At every base, Mary was the lady in charge at the NCO Wives Clubs, the Catholic Women's Guild, the Bowling League, and the PTA. She created a home where good food, commitment to education and reading, and fidelity to Catholic teaching gave her children a foundation for later success.

Mary Karges was a lively and intelligent woman who brought energy to every room. She loved learning and indeed met her future husband while she was studying to be a teacher at Plattsburgh State Teachers' College (Now SUNY: Plattsburgh) in upstate New York and George was posted at the nearby base. She taught all of her children to read before they entered school and was a faithful CCD Religious Instruction teacher for decades. The family was a fixture at St. John's Catholic Church in Summerville for over half a century. Mary was creative and resourceful, once making all four of her older children matching outfits out of a discarded bolt of cloth meant for curtains. She could make a meal out of nothing and decorate for holidays like an HGTV star. In later life, when Mary and George settled at Southern Palms Senior Living, she became part of an active group of walkers, card players, and bus trip aficionados. The family would like to thank the staff at Magnolias Assisted Living, especially Ashley, for their warmth and caring.

The family will receive friends at Parks Funeral Home in Summerville, SC on Thursday evening November 18, 2021 from 6:00 PM to 7:00 PM. The Mass of Christian Burial will be held on Friday, November 19, 2021 at 1:00 PM at St. John the Beloved Catholic Church. The Rite of Committal will follow at Carolina Memorial Park in North Charleston. Flowers will be accepted or gifts in memorial may be made to Summerville Catholic School.

Published by Summerville Journal-Scene on Nov. 14, 2021.
To plant trees in memory, please visit the Sympathy Store.
MEMORIAL EVENTS
Nov
18
Visitation
6:00p.m. - 7:00p.m.
Parks Funeral Home
130 W. 1st North St., Summerville, SC
Nov
19
Mass of Christian Burial
1:00p.m.
St. John the Beloved Catholic Church
SC
Funeral services provided by:
Parks Funeral Home
MAKE A DONATION
MEMORIES & CONDOLENCES
Sponsored by Parks Funeral Home.
13 Entries
When Aunt Terri wrapped her arms around you ...you knew you were loved and safe. I still remember she made the most awesome sweets...Like her saltine cracker cake made with lime Jello and Cool Whip!
KATHIE KARGES
November 18, 2021
So sorry for the loss of your mother. Praying for all of your family during this time.
Sandra Ray
November 16, 2021
Thinking of your family with many thoughts and prayers . My sincere condolences!
Tammy Solomon Conner
Other
November 16, 2021
So sorry to hear her passing. Mary had many many friends especially at church. And I am proud to had been one. Thoughts and prayers.
Dennis Nacco
November 15, 2021
My prayers are with you.
Sara Astin
November 14, 2021
To the Karges family, I´m so sorry to hear about your mother´s passing. May "the Peace that surpasses all understanding" be granted to you all
Jennifer Canant White
Other
November 14, 2021
May God comfort your family. Her legacy lives on in all of us that knew her and loved her.
Connie Carlin
Friend
November 14, 2021
Miss Mary was a gem! She dearly loved her family and her church. Thinking of the Karges family as they mourn her loss and celebrate her beautiful life.
Chris and Jerry Frazier
Other
November 14, 2021
My condolences to the Karges family.
Chris Sosnowski
November 14, 2021 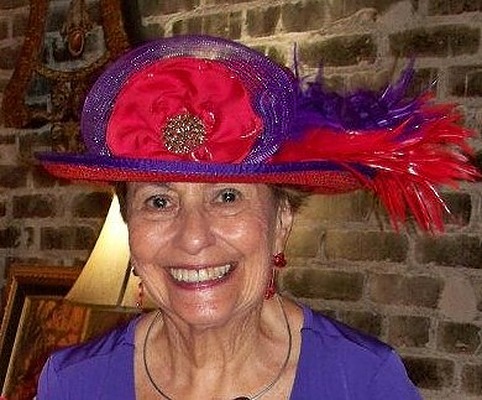 Mary was one of my Red Hat Ladies. She made our gathering so much fun with her laugher. She was always elegant with her clothing and hats. She will be missed!!
Elsie Silvey
November 13, 2021
Mary lived just a couple of doors down from me. She made exercise class so much fun! She had a beautiful smile and made wonderful Christmas cookies!!!
Jayne Landis
Other
November 13, 2021
I only knew Mary for a short while at Southern Palms but, it did not take long to find out what a hard working and kind hearted person she was. My condolences to her Family and many Friends.
Judy Beswick
November 13, 2021
I met Mary when I worked at Curves. She was a very sweet lady.And fun to talk to. RIP
Pat parker
November 13, 2021
Showing 1 - 13 of 13 results