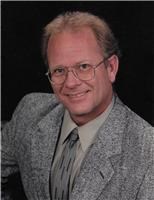 Jack was born in Kansas City, Missouri, the youngest of four siblings. His older Brother Roy Creel Kern, III was tragically struck by a car on his bicycle and passed away at age 13. Roy and Jack were close in age. This tragedy had real impact. Next came the death of Jack's Mother and ultimately his Father….all before Jack turned 17 years old.

Jack credits two things with ultimately having a successful adult life following these circumstances. First, he entered the United States Army and was stationed in Stuttgart, Germany. He felt he had 'been there before' and found out many years later through family genealogy research that his Kern German Lineage traces to the 1400s from a medieval Village directly outside of today's Stuttgart which is Calw/Wurttemberg, Germany.

Second, after serving in the U.S. Army, he met the love-of-his life, Constance (Connie) Campbell Kern. During four years of dating, he worked at Telecable of Overland Park, Kansas while attending Johnson County Community College and later worked full-time at Wickes Lumber Company while attending classes at University of Kansas while Connie pursued a Journalism/Marketing degree.

Following his Marriage, Jack careered for 10 years with his father-in-law, William Henry Campbell ~ Geologist for Jones & Campbell, Inc. Oil Company. These were fun working years for Jack and his father-in-law. Both were Pilots and Mr. Campbell was a partner in ownership of a Private Plane. Bill and Jack enjoyed flying to and working on the Oil Leases together. Bill, 'Grandpa' to Mitch and Mason, later lived with Connie and Jack many years and was a positive influence in their upbringing.

The 1984 'Oil Crash' changed everything in the Oil Industry. Jack was forced to pursue new career interests. With then infant sons, Mitch and Mason in tow….he and Connie first relocated to Corpus Christi, Texas and then to Atlanta, Georgia. In Atlanta, Jack went to work for Hill and Foss, Inc. He was transferred within a brief time to open the Charleston, South Carolina Territory. The family moved to James Island, South Carolina and raised their sons over the next 30 years of this Career, ultimately becoming State Supervisor for Ryko Solutions, Inc. Connie pursued a Marketing Career on Kiawah Island, South Carolina. In 2013, they moved to Walterboro, South Carolina where they have enjoyed the past eight years. Jack had a love of dogs his entire life and was especially attached to Mia.

Jack loved fast cars, particularly of the 'Muscle Car' era and every aspect of this interest. Jack had a strong passion for cars and enjoyed teaching his sons. Jack was also a great Captain of the families' Boat piloting Charleston's waterways for over 10 years, which is a treasured memory for the family in many spectacular natural Lowcountry environments. Connie and Jack enjoyed travel all over the United States and to various foreign countries together and with their sons.

Jack was raised in Village Presbyterian Church in Kansas City where he and Connie grew up. Their sons were raised as members of James Island Presbyterian Church attending Daycare on this Campus under the direction of Outreach Minister Henry Meeuwse. Mitch and Mason were Baptized and Confirmed there and their Eagle Scout Ceremonies were held at the Church. Years later, after Connie and Jack moved to Walterboro, South Carolina Henry Meeuwse became Pastor at Bethel Presbyterian. The family is honored to have him presiding over Jack's Services at Dorchester Memory Gardens Chapel.

Jack couldn't have been prouder of his oldest son Mitchell's success as a Builder for Mungo Homes, his Marriage to Jessica Mims Kern and creating their family carrying the lineage into the future. Jack also had great pride in son Mason Weston Kern's 5 years of service in the United States Coast Guard, where he worked as an Aviation Electrical Technician on Helicopters. Later, resulting in Mason graduating FIU Miami in Electrical Engineering. Upon graduation, Mason began his career as an Electrical Engineer with Lockheed Martin-Sikorsky in Fairfield, Connecticut where he has enjoyed designing next generation Aircraft.


On November 19th 2021 at 11:00 a.m. Interment immediately following for the family. Guests are encouraged to go to the nearby neighborhood 'The Ponds' where the Family will gather with them in the Open-Air Pavilion area for Lowcountry fare/refreshments. Please come, all are Welcome!

Published by The Journal Scene on Nov. 5, 2021.
MEMORIAL EVENTS
Nov
19
Memorial service
11:00a.m.
Dorchester Memory Gardens
11000 Dorchester Rd, Summerville, SC
MAKE A DONATION
MEMORIES & CONDOLENCES
4 Entries
Deepest condolences and much love. In our prayers.
Susan Thompson
Family
November 5, 2021
Conny, I´m so very sorry for your loss! I hope your children and grandchildren will help you getting through this difficult time! I´ll keep you in my thoughts. Love, Corina
Corina Fimian
Friend
November 5, 2021
Connie I's so sorry to hear of your loss. I will be unable to attend the memorial since that will be after I have moved. My thoughts and prayers will be with you.
Libby Maroney
Other
November 5, 2021
My Prayers and thoughts for y´all!!! I know how much he loved Connie, Mitchell, and Mason!!! I also know how proud Jack was of both boys! I spent a lot of time with Jack and there wasn´t a day that went by that Jack didn´t mention something of the boys or Connie!! My heart is broken has Jack was not only a Great Supervisor to me; but also a Great Friend! He was kinda like the older brother I never had!!!
Don Campbell
Work
November 5, 2021
Showing 1 - 4 of 4 results