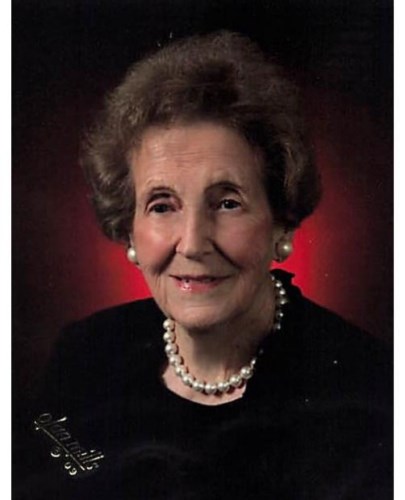 BORN
1925
DIED
2021
FUNERAL HOME
James A. Dyal Funeral Home
303 S. Main Street
Summerville, SC
One of Summerville's most caring and encouraging community leaders, Faith Hillier Sellers, 96, wife of the late Carl R. Sellers, died Tuesday, October 19, at The Village of Summerville, surrounded by her Family.Faith was born in Philadelphia, Pennsylvania, on April 9, 1925, to the late William H. Hillier and Mary Fay Hillier. She was predeceased by her parents and sister, Phyllis Hillier Ward. She is survived by her two children, Carol Sellers Davis, (Laverne) of Summerville SC and Carl Ross Sellers( Margaret)of Mt. Pleasant, S.C. four grandsons, John Davis ( Rebecca), Jared Davis (Iris), Chip Sellers (Hollen), Ryan Sellers ( Terry); and six great-grandchildren, Julia Kate Davis, Carlton Davis, Natalya Davis, Isabella Davis, Nicholas Davis, Russell Sellers, and her nieces and nephews, Charles Ward, William Ward, Virginia Ward, Faith Ward and their children. At at a young age, Faith wanted to do her part to make the world a better place. She loved dancing the night away at the USO in Philadelphia with many young soldiers headed to World War II in Europe. She graduated from John Bartram High School in Philadelphia where she was the Editor of the school newspaper and the author of the advice column. At the age of 17, she further assisted with the war effort by using her positive way with words to write letters to many homesick U.S. soldiers serving overseas. While attending the University of Pennsylvania during the war, she worked part time at Eastman Kodak. She recollected in detail the day the plant processed its first roll of film taken during the liberation of a concentration camp. She recalled the complete silence that fell on all of the workers, as they became aware of the atrocities that had taken place. " I will never forget that day, that such a horrific action could have taken place in a so-called civilized world, " Faith said. One of the young soldiers with whom she corresponded was a young radio engineer from Columbia, SC. While on leave in 1945, the young soldier went to Philadelphia to thank the young woman who had faithfully written him such uplifting news from home. Their love story continued, Carl and Faith were married on April 13, 1946. Their marriage continued for 62 years until Carl's death.

Carl's career with Greyhound took the young couple and later their two children from Columbia to Beaufort and to Raleigh before settling in Charleston,SC in 1958. Throughout her long and full life, Faith's career shared the common thread of serving others. In 1959, she began her career as a kindergarten teacher and later served as the director of the Preschool Program at First Baptist Church School in Charleston. For many summers, she directed summer day camp programs for the children of migrant farm workers on John's Island,SC. She was a member and later served as the president of SACUS, the Southern Association of Children Under Six. During this time, SACUS promoted an initiative leading to the SC legislation's funding of 5-year-kindergarten for all public schools. When the family moved to Summerville, SC in 1968, Faith worked as a kindergarten teacher at the Coastal Center and was later named the Director of Training. It was at the Coastal Center where she rode out Hurricane Hugo in 1989 with the staff and residents. She often recalled the events of that night in the gym, trying to maintain a sense of calm while braving the storm to get water from the pool to flush the toilets. She retired as Director of Training Services of the Coastal Region, SC Department of Disabilities and Special Needs. She continued her commitment to education by serving on the Dorchester County Board of Education and was later elected chairman. During that time, the board consolidated Dorchester County into two Districts by combining Districts 1 and 3 to create District 4. Her professional memberships also included serving as a charter board member of the Silver Haired Legislature, the Women's Club of Charleston, board member of the Charleston Concert Association, Board of Directors Flowertown Players, board of Dorchester Seniors,Inc, board of Summerville Music Club, the board of AARP- Summerville Chapter, Chairman of Dorchester County Human Development Board, and board member Education Committee of Tri - County Head Start. In support of the Summerville Business Community she served on the Board of the Summerville Museum, Berkeley Dorchester Economic and Trident United Way.

Over the past years she was a member of the Summerville Noon Lions Club, Summerville Orchestra Friends and member and later President of the Flowertown Garden Club. Her membership in the Suzannah Smith Elliot Chapter of the Daughters of The American Revolution was of special joy as she passed this torch to her daughter, Carol. Faith was also an enthusiastic volunteer for many organizations. Once described as a " tiny lady with a big smile" she also had a big heart and had lovely things to say about the people she met. For our family, she was our role model and we were all inspired by her compassion, enthusiasm, and energy. Faith received many awards and accolades in her life. She received The Order Of The Palmetto from Governor Mark Sanford, The Governor's Volunteer Service Award from Governor Hodges, the Service to Mankind Award from Jim Hodges, the Contribution to EducationAward from the Association of School Psychologists, the Paul Harris Award from the Rotary Foundation of Rotary International, the 2016 Lifetime Achievement Award, from the Chamber of Greater Summerville/Dorchester County and was Honored by the " High Profile" recognition in The Post and Courier . Her work as a Silver Hair Legislator and as Chairman of the Dorchester County Human Development Board led to the fruition of her dream to have senior centers for Dorchester County, one of which was later named for her. However, her crowning achievement, the one she was most proud of was her family. We were the recipients of her sweetly worded notes and cards, her gently worded power of suggestion, and her ability to make you feel that you were the most special person in the room. Life at the Village of Summerville brought great joy to mother and to our father. She was blessed to have Dr. Castellone, Jessica, Savannah, Stella, Alice, Mary, Jasmine, Vicki and many others to care for her. They were her friends, not just her caregivers. Our family will forever being indebted to them. Her friends at the Village brought joy to her each day. One friend stated that Faith left her handprint on all of us and that her service was not for recognition but for them. In the past few months, her care was supported by Intrepid Hospice Service. Each member of their team provided compassionate care while keeping our family abreast of any changes. A Celebration of Life service will be held in Summerville Baptist Church on Monday, October 25 at 11:00. Visitation will be held at 10:00 prior to the service in the Sanctuary. In lieu of Flowers, memorials may be sent to The Village at Summerville through the PCSC Foundation, 2817 Ashland Rd, Columbia SC 29210 , Summerville Baptist Church 417 Central Avenue Summerville, SC 29483, or The Faith Sellers Senior Center, Flower Garden Project, 312 N. Laurel Street Summerville, SC 29483.

A memorial message may be written to the family by visiting our website at www.jamesadyal.com 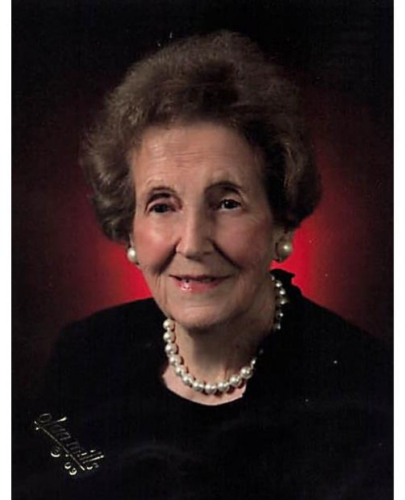 Published by Summerville Journal-Scene from Oct. 21 to Oct. 23, 2021.
To plant trees in memory, please visit the Sympathy Store.
MEMORIAL EVENTS
Oct
25
Visitation
10:00a.m.
the Sanctuary
SC
Oct
25
Celebration of Life
11:00a.m.
Summerville Baptist Church
SC
Funeral services provided by:
James A. Dyal Funeral Home
MAKE A DONATION
MEMORIES & CONDOLENCES
Sponsored by James A. Dyal Funeral Home.
8 Entries
My prayers goes out to the family of Mrs . Faith sellers.i work at coastal center,where. She's always nice and happy with a pretty smile
Joan Williams
Work
October 23, 2021
This tiny lady made such an impression on me and taught me so much in the 22 years I have known her. Rest easy my friend, I will always love you!!
Bonnie Sanford
Work
October 22, 2021
Oh my goodness. Faith was my kindergarten teacher at First Baptist, and I still have fond memories of her nearly 60 years later. With her passing, a great light has gone out of the world.
Paul Bischoff
October 22, 2021
Carl, I am so sorry for your loss. Your mother was the sweetest lady I ever knew. I am honored to have known her and I am so glad Terry got to know her. Please accept my sincere condolences.
Matt Chandler
October 22, 2021
I knew Faith only in the last decade of her life, and I shall always treasure her friendship. Always smiling and friendly, Faith had a sharp wit and a positive attitude. I will use forever one of her witicisms. When I once asked Faith a question about something that happened many years in the past, she replied, "Oh, punkin, I'd have to go to the attic to get that information." Our world is a little less bright today with no Faith in it.
Marsha K Humphreys
October 22, 2021
Carol, I´m sorry to learn of your mother´s passing. She was an outstanding lady who many so many contributions to the community. She made a tremendous difference she made in the lives of so many. You and your family are in my thoughts and prayers.
Archie Franchini
October 22, 2021
Mrs Sellers was my son & daughter's teacher at FBC in Charleston and we all thought she was a fine lady and an excellent leader of little ones. She was a devoted Christian and faithful to her family and friends.
Donald H Lindsey Jr
October 21, 2021
We were pewmates for many years at Summerville Baptist Church. You will be greatly missed.
Margaret Guy
Friend
October 21, 2021
Showing 1 - 8 of 8 results