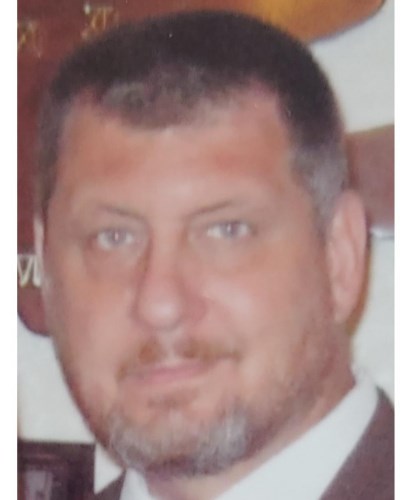 BORN
1961
DIED
2021
FUNERAL HOME
James A. Dyal Funeral Home
303 S. Main Street
Summerville, SC
Donald "Scott" Mack, 60, of Summerville, South Carolina, passed away surrounded by family on September 24, 2021. In lieu of a funeral, there will be a Celebration of Life Service held at a later date.

Scott was born August 15, 1961 in Boston, Massachusetts. Scott was a lover of nature; he enjoyed hiking, camping, fishing, metal detecting, and mostly his chihuahua, Cashew. He was devoted to his family and always willing to help others. Those who had the honor of knowing him knew that he had the most kind, gentle soul, and he was a role model to many. He served in the United States Air Force for a number of years and then went on to work for Pratt & Whitney. He was a hard working man, both in his career and around his home. Scott was always thinking ahead and made sure his family was taken care of, even after his death. To know Scott was to understand what it means to be loved. He will be missed terribly by those who knew him, and those who didn't missed out on knowing one of the world's greatest men.

Scott is survived by his loving wife of 27 years, Jill K. Mack; his children: Scott Mack, Ashley Williams (Nick), Lauren Mack, and Cashew (his favorite); granddaughters: Aubree and Holly; his parents: Donald Mack and Judy Grace; brothers: Steve Grace and Chris Grace, along with many other beloved family members.

ARRANGEMENTS BY JAMES A. DYAL FUNERAL HOME, 303 SOUTH MAIN STREET, SUMMERVILLE, SC 29483 (843)873-4040.
Published by Summerville Journal-Scene on Sep. 26, 2021.
To plant trees in memory, please visit the Sympathy Store.
MEMORIAL EVENTS
To offer your sympathy during this difficult time, you can now have memorial trees planted in a National Forest in memory of your loved one.
Funeral services provided by:
James A. Dyal Funeral Home
MAKE A DONATION
MEMORIES & CONDOLENCES
Sponsored by James A. Dyal Funeral Home.
4 Entries
Praying for you all. I knew Scott and worked with him in the 33rd fighter wing at Eglin Air Force Base Florida. We worked in the engine shop and Scott was one of my favorite people to be around. Always smiling and Always joking.
Tim Little
Friend
September 30, 2021
You will be missed big man. One of the Brize Norton originals gone, but never forgotten. Rest In Peace Scott.
Sam Fletcher
Friend
September 29, 2021
So sorry for your loss. Scott was larger than life, and brought out the best in all of us.
Tony Burkett
Friend
September 27, 2021
I am so sorry for your loss. I am shocked and saddened by this news. Scott was a great friend I enjoyed working with him for many years at P&W. We are praying for your family.
Charles Hertlein
Work
September 27, 2021
Showing 1 - 4 of 4 results