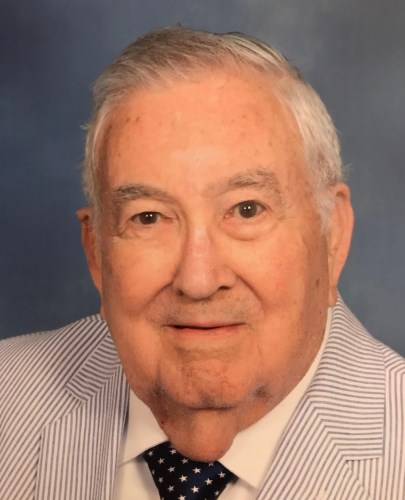 Bernard Chappell was born on June 19, 1927, in Clarksville, Virginia to the late Theron Chappell and the late Janie Godsey. He graduated from Clarksville High School and attended Smithdeal-Massey Business College. He was also a World War II veteran. He spent his entire career in the trucking industry. Bernard was a member of Summerville Baptist Church and was a member of The Gideons International.

A memorial service is pending for January 2022.

ARRANGEMENTS BY JAMES A. DYAL FUNERAL HOME, 303 SOUTH MAIN STREET, SUMMERVILLE, SC 29483 (843)873-4040.
Published by Summerville Journal-Scene on Nov. 29, 2021.
To plant trees in memory, please visit the Sympathy Store.
MEMORIAL EVENTS
To offer your sympathy during this difficult time, you can now have memorial trees planted in a National Forest in memory of your loved one.
Funeral services provided by:
James A. Dyal Funeral Home
MAKE A DONATION
MEMORIES & CONDOLENCES
Sponsored by James A. Dyal Funeral Home.
0 Entries
Be the first to post a memory or condolences.