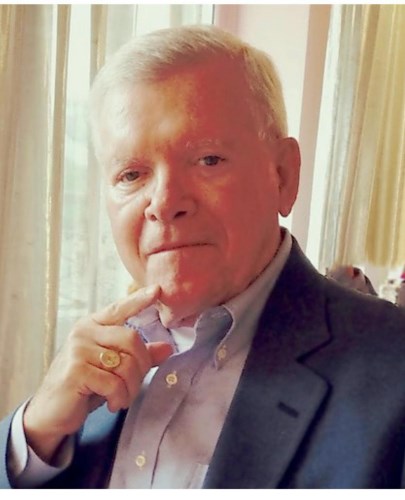 BORN
1938
DIED
2021
FUNERAL HOME
Lord & Stephens West Funeral Home
1211 Jimmy Daniel Road
Watkinsville, GA
Dr. Lester Crawford of Athens, GA passed away peacefully on Dec. 23, 2021, after a long illness. He was born in Demopolis, AL, son of Doris and Lester Crawford. In 1963 he achieved his long-time goal of being awarded the Doctor of Veterinary Medicine by Auburn University, and in 1969 he earned a PhD in Pharmacology from the University of Georgia. Crawford was also awarded an honorary doctorate from the Budapest University of Veterinary Science in 1987. He was an Honorary Diplomate of the French Academy of Veterinary

awarded Honorary Board Certification in the American College of Veterinary Preventative Medicine in 2005. Crawford was the author of more than 100 scientific publications and is the co-author of four books.

Dr. Crawford's professional career was broad and varied; he loved every position in which he served. At the University of Georgia, he was Chairman of Pharmacology and Physiology and Associate Dean of the College of

Veterinary Medicine (1966-1982). He was Director of Food and Nutrition Policy at Georgetown University. In 1979 he was selected as Director of the Center of Veterinary Medicine at the Food & Drug Administration. Other positions he held in the Washington, DC area were Administrator of the Food Safety and Inspection Service at the USDA (1987-2001), Deputy Commissioner, Acting Commissioner and Commissioner of the FDA from 2002-2005. He also worked at the National Food Processors Association and the Association of American Veterinary Colleges. He served as an expert advisor to the World Health Organization, the Singapore FDA and the US Academy of Sciences.

A man of deep faith, Lester loved serving the Lord! He was honored to fulfill roles in all the churches to which he belonged. Lester is survived by his "first wife", Cathy, (as he would often refer to her) with whom he walked through life for 58 1/2 fabulous years. He adored her, and she him. He also adored his two daughters, Catherine Leigh Crawford Palmer (Jeff) and Mary Stuart Crawford Morris, plus four grandchildren, Samuel Walker Palmer, John Crawford Palmer, Madeleine Leigh Morris and William Walker Morris, all of whom brought him so much joy! Other survivors include his sister, Susan Grayson (Mike), brother Victor Mitchell Crawford, and nephew, Casey Ray.

A true southern gentleman with a brilliant mind, Lester never forgot his humble upbringing in rural Alabama - it kept him grateful, grounded and authentic. He possessed a razor-sharp wit and had an infectious laugh which transformed the dullest of social events into a memorable occasion. He was generous with his time and energy, mentored scores throughout his career, and cultivated friendships with incredible ease. Les read voraciously, was an astute vegetable gardener and was known to be fond of single malt scotch. Finally, Lester was a patriot to the core, who loved this nation dearly and the freedoms she embodies. He truly was a good and faithful servant.

A Celebration of Lester's life will be held at First Presbyterian Church Athens on Saturday, January 8th, 2022, at 11 a.m. Dr. Carol Strickland and Rev. Christin Norman will officiate. A reception will follow in the church Fellowship Hall. Masks are required. In lieu of flowers, the family requests donations to the Lewy Body Dementia