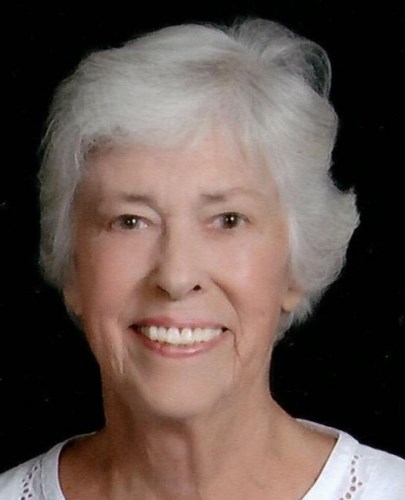 She was born in Columbia, SC, the daughter of David Gilliam Jeter and Vera Johnson Jeter. She is survived by her husband, a daughter, Elizabeth B. Gibson (Chad) and grandchildren, Brooks and Christopher, as well as a brother, David Gilliam Jeter (Nell) and several nieces and nephews. She was predeceased by her parents, as well as two sons, George Robert Blalock, III and David Jeter Blalock.

She met her husband George on a blind date in 1964 and it was love at first sight. They married in December 1965, while George was finishing Medical School. They spent one year in Seoul, Korea and one year at Ft. Jackson while George completed his service obligation.

The moved to Georgetown, 1972, when George joined William Armstrong and James Forester to practice General Surgery.

Essie loved life and adventure - she was a sincere Christian, and never hesitated to share her story of redemption. She leaves a legacy of bold unapologetic Love - of family and of Jesus.

Memorial Services will be eleven o'clock Monday morning, October 4, 2021 at The Abbey of Pawleys Island. A reception will follow immediate after the service in the Library at the church. Burial will be private.

The Georgetown Chapel of Mayer Funeral Home is assisting the family.
Published by Georgetown Times on Sep. 29, 2021.
To plant trees in memory, please visit the Sympathy Store.
MEMORIAL EVENTS
Oct
4
Memorial service
11:00a.m.
The Abbey of Pawleys Island
SC
Funeral services provided by:
Mayer Funeral Home
MAKE A DONATION
Please consider a donation as requested by the family.
MEMORIES & CONDOLENCES
Sponsored by Mayer Funeral Home.
0 Entries
Be the first to post a memory or condolences.