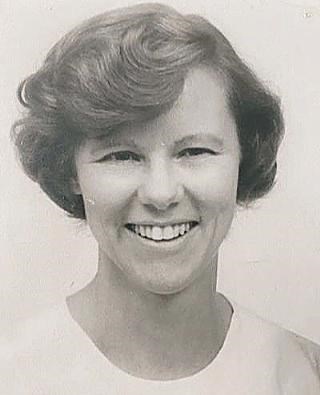 BORN
1934
DIED
2021
FUNERAL HOME
James A. McAlister Funerals & Cremation
1620 Savannah Highway
Charleston, SC
Marie Hicks Smoak Charleston - Marie Hicks Smoak, 87, of Charleston and Sullivan's Island, passed away peacefully at home Wednesday, September 15, 2021. A private burial was held at Magnolia Cemetery in Charleston. Marie was born in Charleston, South Carolina in 1934. She was the daughter of the late Myrtis Electra Scott and James Allan Hicks. She graduated from Ashley Hall School and earned a Bachelor's degree in English from the College of Charleston. She was a member of the Delta Delta Delta Sorority. Marie was a journalist for the News and Courier and the Charleston Evening Post. She later married Norwood Ladson Smoak, who preceded her in death. They were married for 57 years. 'Rere', as she was called by her grandchildren, will be greatly missed. She had the best smile and a quick wit. She was a bridge player and an avid reader, especially of her beloved newspapers. In the 1970s, she owned The Wicker Shop located on Church Street. She leaves behind her daughters, Lucia Smoak Boinest (Alex) and Caroline Smoak Keller (Michael Klein), her grandchildren, Caroline Marie Boinest, Lucy Allan Boinest, Ladson Alexander Boinest, and Benjamin Norwood Klein. She is preceded in death by her granddaughter, Sarah Caroline Klein. Arrangements by James A. McAlister Funerals & Cremation, (843) 766-1365. Visit our guestbook at legacy.com/obituaries/charleston

Published by Charleston Post & Courier from Sep. 18 to Sep. 19, 2021.
To plant trees in memory, please visit the Sympathy Store.
MEMORIAL EVENTS
To offer your sympathy during this difficult time, you can now have memorial trees planted in a National Forest in memory of your loved one.
Funeral services provided by:
James A. McAlister Funerals & Cremation
MAKE A DONATION
MEMORIES & CONDOLENCES
Sponsored by James A. McAlister Funerals & Cremation.
1 Entry
What a lovely woman. Mrs. Smoak and the "Old Man" will forever hold a special place in my heart.
Lee Clark
Friend
September 19, 2021
Showing 1 - 1 of 1 results