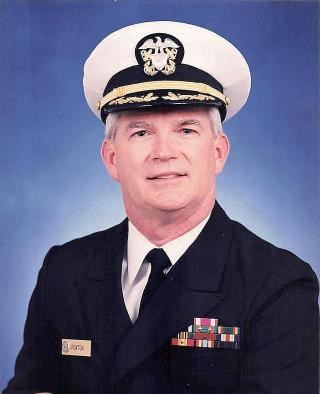 FUNERAL HOME
James A. Dyal Funeral Home
303 S. Main Street
Summerville, SC
Joel David Croxton Summerville - Joel David Croxton, 72, of Summerville, was born in Springfield, Illinois, November 23, 1948 with his twin brother, Stephen. Dave grew up singing in his local church choir, attended public schools, became an Eagle Scout, and ran track and cross country at Springfield High School. He graduated from Illinois College with a BS in Biology in May, 1970, and immediately joined the Navy. After graduating from boot camp at Great Lakes in 1971, Dave received orders to San Diego, where he attended Naval Dental Technician A and C schools. His first duty station was 21st Dental Company, Kaneohe Bay Hawaii, where he worked as a Navy prosthetic dental technician. While in Hawaii, he earned a Master's Degree in Health Care Administration from Central Michigan University. Subsequent duty stations included: Naval Dental Clinic, Pearl Harbor, Hawaii; Head Operating Management, National Naval Dental Center, Bethesda, MD; CO Headquarters Company, 2nd Dental Battalion, Camp Lejeune, NC; CO Headquarters Company, 3 rd Dental Battalion, Okinawa, Japan; Head, Patient Administration, Naval Hospital, Charleston, SC; Administrative Officer to The Medical Officer of the Marine Corps, Headquarters Marine Corps, Washington, DC; Director for Administration, Naval Dental Clinic, Charleston, SC; and Director for Administration, Naval Hospital, Beaufort, SC. In 1998, he retired as a Commander, Medical Service Corps, USN. He then worked as a station Manager for Hertz Rent-a-car at the Charleston International Airport for the next 8 years. After that, he decided to give back and began volunteering at Summerville Medical Center, where he spent the next 14 years. Dave is predeceased by his wife, Pamela, his parents, his brother, Stephen, and his son, Matthew. He is survived by his wife, Sandy, his son, Mark (Heather), his two grandchildren, Kate and Connor, his sisters, Karen, Bonnie (Wolf), and Jeannie (Werner). Dave fell in love with Hawaii when he was first stationed there in 1972. Even though Hawaii drew him back from time to time, he made Summerville, SC his home. In lieu of flowers, please send all donations to St. Luke's Lutheran Church in Summerville, SC. Services will be held at 11 am on October 2, 2021 at St. Luke's Lutheran Church in Summerville. A memorial message may be written to the family by visiting our website at www.jamesadyal.com. ARRANGEMENTS BY JAMES A. DYAL FUNERAL HOME, 303 SOUTH MAIN STREET, SUMMERVILLE, SC 29483 (843)873-4040. Visit our guestbook at legacy.com/obituaries/charleston
Published by Charleston Post & Courier from Sep. 18 to Sep. 19, 2021.
To plant trees in memory, please visit the Sympathy Store.
MEMORIAL EVENTS
Oct
2
Service
11:00a.m.
St. Luke's Lutheran Church
Summerville, SC
Funeral services provided by:
James A. Dyal Funeral Home
MAKE A DONATION
MEMORIES & CONDOLENCES
Sponsored by James A. Dyal Funeral Home.
3 Entries
Dear Sandy, please accept my sincere condolences. May you and the family feel God´s comfort during this time.
Katrina Weaver
Friend
September 30, 2021
Pat and I offer our sincere condolence to Dave's family and friends in their time of sorrow. Pat and I worked with Dave for a number of years in the Summerville Medical Center ER . Dave will be missed by many. He was a true gentleman.
Bill PLaster
Work
September 19, 2021
My sincerest sympathy to the family of Dave. I went through school with Dave & his brother Steve. When I first met them, I thought they were teasing me saying they were twins because they looked nothing alike. The laugh was on me. It didn't take me long to know who was who. Two really great guys. RIP guys.
Karen Le seure
School
September 17, 2021
Showing 1 - 3 of 3 results