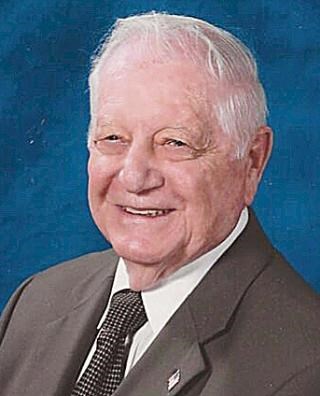 BORN
October 17, 1927
DIED
December 22, 2020
James Vincent Piet Charleston - Mr. James Vincent Piet, 93, of Charleston, SC, died at Bishop Gadsden, on Tuesday December 22, 2020. He was born in Monroe, Michigan on October 17, 1927. Jim was an exceptionally warm, gregarious person who said hello to everyone around him. He passed with family holding his hand. He is preceded in death by his parents, Salvatore (Sam) and Anna Pietrangelo of Trenton Michigan (who had immigrated from Italy), his wife Diane Wallace Piet, his son Dr. Michael Harold Piet, his granddaughter Monica Margaret Piet, his sister Clare Pietrangelo Koester and her husband Arthur Koester, and brother-in-law Richard Straub. Mr. Piet is survived by his son Steven James Piet, daughter-in-law Anne Harrill Piet, granddaughter Valerie Marie Piet and her husband Peter Blake Lewis, grandson Alexander Thomas Piet, and great-granddaughter Harper Madalyn Piet Lewis, sister-in-law Bevie Straub, nieces Susie Straub Graham, Karen Straub Spann, Ann Koester Rincon, and nephew William Koester. After serving in the Army at the end of World War II in Japan, Jim received his Bachelor of Chemical Engineering degree from the University of Detroit. He then started a fulfilling career with DuPont, mostly working in the Textile Fibers Division. He worked in Seaford DE; Kinston NC; Nashville TN; Camden SC. He was plant manager back at Kinston, before being called to corporate headquarters in Wilmington DE, where he retired in 1987. Jim and Diane were born Yankees but became Southern in their hearts and discovered they had raised two southern boys and that they loved southern warmth (in both senses of the word). They moved to Kiawah Island SC, where they found so much love and hospitality. Jim joined the Kiawah Property Owners Group (KPOG). As throughout his life, Jim served with devotion, passion, and caring while living on the island. He held various positions from 1993 through being KPOG President March 2004-February 2006. He was elected to the Kiawah Island Town Council for December 1996-November 1998, and then Mayor for two terms December 1998-November 2002. He loved serving others. He was active in the Catholic Church and was a leader in raising the funds for Holy Spirit Catholic Church on Johns Island. Throughout his life, his faith was an important and central part of his life. His grandchildren affectionally called him Opa, the German word for grandfather despite his Italian heritage as part of a family joke. He showed his love by building toys, and taking them fishing and crabbing. Visits with Opa were always filled with fun. Jim was primary caregiver for his beloved wife Diane through her war with Alzheimer's. Jim and Diane moved to Bishop Gadsden in 2007 and attended the Church of the Nativity. Diane passed in November 2008. The family thanks the people in Kiawah Island and Bishop Gadsden for the love they've given Jim and Diane. The staff at Bishop Gadsden were especially helpful to Jim when Diane passed and as his health declined in recent years, months, and days. In lieu of flowers, memorials may be made the American Cancer Society (www.cancer.org), the Alzheimer's Association (www.act.alz.org), the Church of the Nativity Building Fund (1061 Folly Road, Charleston, SC 29412), or the Bishop Gadsden Resident Assistance Fund (1 Bishop Gadsden Way, Charleston, SC 29412). Funeral arrangements are pending and will be announced later. Arrangements by James A. McAlister, (843) 766-1365. Visit our guestbook at www.legacy.com/obituaries/ charleston
To plant trees in memory, please visit our Sympathy Store.
Published by Charleston Post & Courier from Dec. 26 to Dec. 27, 2020.
MEMORIAL EVENTS
No memorial events are currently scheduled.
To offer your sympathy during this difficult time, you can now have memorial trees planted in a National Forest in memory of your loved one.
Funeral services provided by:
James A. McAlister Cremation
MAKE A DONATION
Please consider a donation as requested by the family.
GUEST BOOK
Sponsored by James A. McAlister Cremation.
4 Entries
I moved to PA for my first job, 24 years old and far away from home for the first time. Jim and Diane lived a short distance away in DE and immediately made me feel at home. They would have me over for dinner several times a month and I will always cherish our discussions and time together grilling dinner on the screened in porch followed and preceded by drinks, ending in more drinks and billiards. They welcomed me into their lives and despite leaping 500 miles from home on my first jump I always felt safe and at home with them. I still have a dresser they gave me to help furnish my first apartment (probably yours Steve!). We spent much time together over the next several years. Too many good memories to list!
william koester
Family
February 17, 2021
Loved this man, he was a happy Gentleman, loved family, got to know him, even though miles apart, he was family. Keep smiling with Love and Blessings to one special Angel. JOANNE CECCOMANCINI
Family
February 16, 2021
I have so many fond memories of visits and family reunions. Uncle Jim and Aunt Diane were very special people. Diane encouraged my love for romance by sharing all her books with me. Uncle Jim took me to my first casino in Atlantic City where I won enough to buy a dress I had been eyeing ;) I can't mention Jim without Diane because they will always be a single unit , strong, intelligent, loving and kind. I am happy that they are together once more.
Ann Rincon
Family
February 9, 2021
Our sympathies to your family. Jim and Diane were friends with my parents, Vincent and Pauline Sottile, and my uncle, Dr. Paul Joseph and his wife Margaret, all whom spoke so highly of them both.
Mary Sottile Regner
December 27, 2020