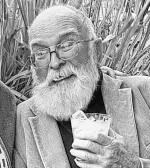 BORN
1936
DIED
2021
Francis Xavier Kennedy JOHNS ISLAND - Francis Xavier Kennedy was born in Ronkonkoma, New York, on September 28, 1936, first generation American, to Anne and Matthew Kennedy from County Clare and County Limerick, Ireland. He had three brothers, Bill, Jack and Matt, and one sister, Anne. He entered Montfort Preparatory Seminary in Bay Shore, Long Island as a high school freshman in 1950. A lifelong friend and classmate of Francis recalled that he was liked and well respected by his fellow students and was considered a role model of what a seminarian should be. Francis was ordained a Catholic Priest and elected to serve overseas as a Montfort Missionary in Borneo, Indonesia. He was passionate about helping others, and enjoyed the work and the adventure. These experiences created a foundation of principles on which he built the rest of his life. After leaving the priesthood, he continued on his adventure, falling in love with Mary Theresa Steffen of Brooklyn, NY. They married and had three children, Jeremy Matthew, Shannon Anne and Meghan Eileen. His journey as a husband and father was curtailed by a devastating stroke at age 42, that left him partially paralyzed and with loss of speech. Despite this illness, his children remember him as a hardworking, passionate, adventuresome father who encouraged them to live big, full lives and to do good things in this world. He will always be loved and appreciated by his children and grandchildren. He taught valuable life lessons and the skills needed to drive a stick shift automobile, change a tire, change the oil, build a treehouse, chop firewood, drive a tractor, camp, hike, skate, ski, play checkers, play chess, play ball! All lessons he taught with only one good arm and very few words. Mostly, he taught the people around him that it was possible to overcome adversity, to persevere, and to dream big! During his lifetime he lived in New York, Connecticut, Massachusetts, Nevada, and finally South Carolina. He made many friends and loved to share stories, talk politics and toast to the good things in life, "Slainte!". He maintained his friendships and brotherhood with his fellow Montfort Fathers and his own brothers, sister and in-laws throughout their lifetimes. Their camaraderie and support for one another was a blessing appreciated by his whole family. In his final years they were able to connect via Zoom meetings and phone calls. Francis was able to remain home with his daughter and granddaughter, Meghan Stuhmer and Karli Stuhmer, with the help of his daughter, Shannon Kennedy, sons-in-law, John Stuhmer and Jeremy Colie, with the love and support of his son, Jeremy Kennedy returning from Ireland, and prayers from his daughter-in-law, Brid Kennedy. He was able to celebrate his grandchildren, Karli getting her driver's license, Piper performing her violin, and Simone learning to play the piano. He taught Addison to play checkers, watched Ryan catch a fish, and inspired Thomas to collect the most seashells for Papa's crafts! He watched his youngest granddaughter, Seanna, in Ireland, grow via video chats, during the first two years of her life. His final wish was to donate his body for medical research, so in lieu of services, Francis is off on one final earthly adventure, as he continues to try to make this world a better place! Francis had a full life, and we are better for knowing him. We love you and we miss you, Dad! Visit our guestbook at legacy.com/obituaries/charleston
To plant trees in memory, please visit our Sympathy Store.
Published by Charleston Post & Courier from Jun. 7 to Jun. 8, 2021.
MEMORIAL EVENTS
No memorial events are currently scheduled.
To offer your sympathy during this difficult time, you can now have memorial trees planted in a National Forest in memory of your loved one.
MEMORIES & CONDOLENCES
1 Entry
It was a pleasure to know him and he will be greatly missed!
Dean Badillo
June 8, 2021