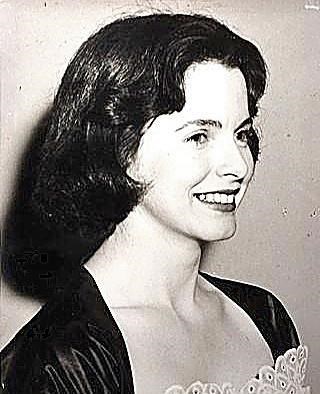 BORN
November 12, 1925
DIED
June 7, 2021
FUNERAL HOME
J. Henry Stuhr Downtown Chapel
232 Calhoun Street
Charleston, SC 29401
Florence Yvonne Huxford Kurtz Charleston - Florence Yvonne Huxford Kurtz passed away on Monday, June 7, 2021. She was 95. Born in Charleston, on November 12, 1925 to Harry Russell Huxford and Florrie Jones Huxford, she was the third of seven children. Growing up in Charleston, she was deeply devoted to her hometown, and tirelessly promoted and served the Charleston community for the remainder of her life. As a young woman, she worked as a studio photographer for Howard Jacobs, and pursued her interest in the field to photography school in New York City, but returned to Charleston after a year to look after her family. She worked for WCSC TV, Channel 5, in its early days, and became a festival queen, eventually being crowned Miss Charleston in 1952. She represented the city, locally and nationally, with beauty and charm. In 1953, she met and married Jack Kurtz and they had 2 sons. Jack and Florence became active members of Kahal Kadosh Beth Elohim, where she served as president of the Sisterhood and chair of various committees for many years. She also worked as a volunteer for many charitable organizations in town. Florence loved art, and served on the board of the women's council of the Gibbes Museum of Art. She was a well known and beloved figure in the community and will be missed my many. Florence was predeceased by her husband of 67 years, Jack Kurtz, and her son, Jack Charles Kurtz. She is survived by her son, Charles Russell Kurtz of Sullivan's Island, and numerous nieces and nephews. A private funeral service will be held graveside at the Kahal Kadosh Beth Elohim Cemetery, Huguenin Avenue on Thursday, June 10 at 11 am. Arrangements by J. Henry Stuhr, Inc. Downtown Chapel. Memorials may be made in her honor to the KKBE Sugarman Hospitality Fund, or to the Marian Birlant Slotin Bereavement Fund, at 90 Hasell Street, Charleston, SC 29401, or to the Gibbes Museum of Art Women's Council, 135 Meeting Street, Charleston, SC 29401. A memorial message may be sent to the family by visiting our website at www.jhenrystuhr.com. Visit our guestbook at legacy.com/obituaries/charleston
To plant trees in memory, please visit our Sympathy Store.
Published by Charleston Post & Courier from Jun. 9 to Jun. 10, 2021.
MEMORIAL EVENTS
Jun
10
Service
11:00a.m.
Kahal Kadosh Beth Elohim Cemetery
Huguenin Avenue, Charleston, South Carolina
Jun
10
Interment
11:00a.m.
Kahal Kadosh Beth Elohim Cemetery
Huguenin Avenue, Charleston, South Carolina
Funeral services provided by:
J. Henry Stuhr Downtown Chapel
MEMORIES & CONDOLENCES
Sponsored by J. Henry Stuhr Downtown Chapel.
5 Entries
Charles: I´m so sorry for your loss! Your Mom was a beautiful soul, inside and out. She always had a smile and a kind word for everyone. May her memory be for a blessing!
Bobby Bernstein
Friend
June 10, 2021
Charles, I worked at Charleston Lumber for many years and knew your Mom as well. May our God comfort you at this difficult time.
Vivian Ripley
Work
June 10, 2021
May your hearts soon be filled with wonderful memories of joyful times together as you celebrate a life well lived.
Michell Aiken
Work
June 10, 2021
So very sorry to hear of Aunt Florence's passing. Always will hold a special place in my heart. May her memory be eternal.
Hazel Dunbar
Family
June 10, 2021
Mr. and Mrs.Kurtz were such kind people, especially while my father (Rev. A. R. Reed,Sr.) was employed at KKBE. God has truly received an angel with her joining the heavenly hosts.
Raymond Reed
Family Friend
June 10, 2021