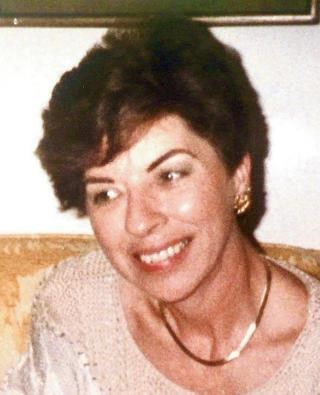 FUNERAL HOME
Bullock Funeral Home
1190 Wilson Hall Road
Sumter, SC 29150
Eugenia Warshauer Pawleys Island, SC - Eugenia Hatcher (Genie) Means Warshauer, age 82, beloved wife of the late Hon. Bernard J. Warshauer, passed away peacefully on Sunday, May 23, 2021, at the Lakes of Litchfield. Born in Miller County, Georgia, she was the daughter of the late Alpheus Eugene Hatcher and Marie McLendon Hatcher. The eldest of three daughters, she escaped the home life of Bainbridge, GA, and eloped with US Air Force fighter pilot William Harley Means Jr. of Kansas City, MO, in 1955. After the births of their two sons and a tour of duty at Alconbury Air Force Base, England, the family moved to Sumter, SC, where her husband was stationed at Shaw AFB. In 1966, Colonel Means, while completing a tour of duty in Southeast Asia, was shot down over North Vietnam, and held as a Prisoner of War until his release in 1973. During that time, Mrs. Means was highly active in the POW/MIA recognition and release effort. In 1977, she married the Honorable Bernard J. Warshauer, who served as the district 7 Director of the American Contract Bridge League (ACBL) and would go on to serve as President of the ACBL. Mrs. Warshauer was very supportive of her husband in that capacity and traveled extensively both in the US and abroad. A resident of Sumter County for over 40 years, she was a member of the SC Election Commission and served as past president of the Sumter County Garden Club. She became a Bridge Life Master in 1971 and served as secretary/treasurer for unit 160 of ACBL District 7. She also served as the President of the Duplicate Bridge League of Sumter. In her Bridge playing career she won almost 5000 points and rose to the rank of Sapphire Life Master. In 1985, she was elected to the ACBL board of governors, and in August of that year, she was inducted into the SC Bridge Hall of Fame. Mrs. Warshauer was a member of The Church of the Holy Comforter, Sumter, SC. She relocated to Charleston, SC, in 2003, where she lived until recently. Surviving are two sons, Major (Ret.) Richard T. Means and his wife, Nancylynn McDevitt, of Newport News, VA, and Major Thomas E. Means and his wife, Beth Fudger, of Pawleys Island, SC; one sister, Anne Hatcher of Greensboro, NC; eight grandchildren, Amy Means, Kathryn Means Joseph, William H. Means III, Harley Means, Matthew Means, Christopher Means, Josiah Means, Felicity Means; one step-grandson, Wesley Corbett; four great-grandchildren; one niece; and two nephews. In addition to her parents and husband, she was preceded in death by sister, Alechia Hatcher Freeman, and her favorite aunt, Mae Broxton. A memorial service will be held on Saturday, June 12, 2021, at 1:00 pm in the Bullock Funeral Home Chapel, Sumter, SC. The family will receive friends immediately following the service. Memorials may be made to the Alzheimer's Foundation of America, 322 Eighth Avenue, 16th Floor, New York, NY 10001. You may go to www.bullockfuneralhome.com and sign the family's guest book. The family has chosen Bullock Funeral Home of Sumter for the arrangements. Visit our guestbook at legacy.com/obituaries/charleston
To plant trees in memory, please visit our Sympathy Store.
Published by Charleston Post & Courier from Jun. 8 to Jun. 9, 2021.
MEMORIAL EVENTS
Jun
12
Visitation
2:00p.m. - 3:00p.m.
Bullock Funeral Home
1190 Wilson Hall Road, Sumter, South Carolina 29150
Funeral services provided by:
Bullock Funeral Home
MEMORIES & CONDOLENCES
Sponsored by Bullock Funeral Home.
0 Entries
Be the first to post a memory or condolences.