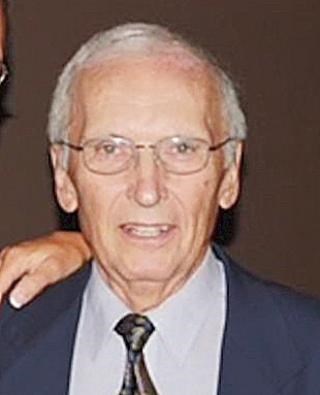 BORN
1931
DIED
2021
FUNERAL HOME
James Funeral Home
10520 Arahova Drive
Huntersville, NC
Donald Carek Davidson, NC - Donald Steven John Carek, M.D., 89, of Davidson, NC, passed away on February 6, 2021. He was born on August 10, 1931 in Sheboygan, WI to the late Peter and Rose Gergisch Carek and was the second son in their family of 6 children. During his childhood, Don participated in numerous sports, favoring and excelling in baseball. He was best known as an outstanding student and scholar. These characteristics lead him to a career in medicine, graduating from the Marquette University School of Medicine in 1956. He initially served as a pediatrician in the US Army from 1956 to 1959 and then as a child and adolescent psychiatrist after completing a residency and fellowship at the University of Michigan. He served his patients and taught medical students, residents and fellows for over 30 years, initially as a member of the faculty at the Medical College of Wisconsin in Milwaukee, WI and then as a faculty member at the Medical University of South Carolina (MUSC) in Charleston, SC. Despite an academic career filled with numerous accomplishments and awards, Don remained a humble and caring physician. He was admired and beloved by his patients and trainees as well as the nurses, staff and colleagues with whom he worked. He retired from MUSC in 1996. Several years into retirement, he moved from Charleston, SC to Bluffton, SC and then, eventually, Davidson, NC. Don was involved in many activities and hobbies throughout his life. He enjoyed both participating in watching sports. Don was an avid tennis player and, along with his wife, Fran, was a formidable mixed doubles team. He also enjoyed bowling and bridge. As a sports fan, his favorite teams included Marquette basketball, the Green Bay Packers football, and the Milwaukee Brewers baseball. Don was a tireless reader of books, magazines and newspapers. He used his love for literature in authoring commentaries published in local newspapers. Most of all, Don was a committed and loyal husband, father, grandfather, and great- grandfather. He married Frances Marie Schaefer on January 28, 1956 and they were together until her death in 2010. Don and Fran role-modeled a loving and caring couple who were devoted to each other. As a father, he was loved and respected by his children who found him to be a very kind and thoughtful father. He taught them to treat everyone with equal respect and dignity. He was also known to tell wonderful bedtime stories. As a grandfather, he closely monitored and took extreme pride in the activities and achievements of his grandchildren. Survivors include his children; Carla and Donald Beam, Thomas and Susan Carek, Therese Kearns and Russell Coffland, Peter and Patricia Carek, Mary Beth and Brian Barley, and Christopher Carek; siblings, Roman and Barbara; 12 grandchildren and 16 great-grandchildren. Services will be private. Memorials may be made to: Roman Catholic Diocese of Charleston, 901 Orange Grove Rd., Charleston, SC 29407. James Funeral Home of Huntersville is serving the family. Visit our guestbook at legacy.com/obituaries/charleston
Published by Charleston Post & Courier from Feb. 11 to Feb. 12, 2021.
To plant trees in memory, please visit the Sympathy Store.
MEMORIAL EVENTS
To offer your sympathy during this difficult time, you can now have memorial trees planted in a National Forest in memory of your loved one.
Funeral services provided by:
James Funeral Home
MAKE A DONATION
MEMORIES & CONDOLENCES
Sponsored by James Funeral Home.
5 Entries
My condolences to the family. He was a very pleasant, soft spoken great man. Remembering you and your loved ones today and always. Blessings to the family.
Inez Pitner
Work
June 9, 2021
So sad to see of your father's passing. He was such a wonderful support to so many of my pediatric oncology patients and families during my early years at MUSC. I have so many fond memories of him with his residents helping our team. May God Bless all of you at this time of such loss.
Diane Dufour Brumley
February 22, 2021
Dr. Carek served for years as the Chief of the Child and Adolescent Psychiatry division at MUSC. In that role, he mentored a large number of young physicians. He had many attributes that made him such a wonderful role model. Condolences to his family over this loss.
Walter Hiott
February 14, 2021
I am sorry to hear of your father's passing. May his memory and legacy provide healing to each member of the Carek family.
Debbie Moore
February 13, 2021
So sorry to read of your dad´s passing. May God´s grace sustain each member of the wonderful Carek family during this difficult time.
Marianne Albrecht
February 12, 2021
Showing 1 - 5 of 5 results