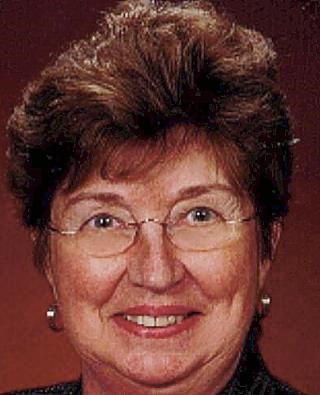 Ann Marden Belgrade, Me - Ann Bowzard Marden left us March 27, 2021 with her husband and children by her side. Ann was the daughter of the late Lee and Mae Bowzard of Holly Hill, SC. After graduating from Holly Hill High School, she acquired her RN from the Orangeburg Regional Hospital School of Nursing. She traveled to Germany and became employed at the US Army's 97th General Hospital, where she met Lt. Don Marden, and they married in December of 1961, making Waterville, Maine their home. Ann furthered her education, acquiring a BS degree in Professional Arts from Thomas College. She was the State Nursing Supervisor, Sales Representative and Nurse Examiner for Hooper Holmes/Portamedic. She was appointed Director of the Governor's Office of Volunteer Services by Governor McKernan and became Director of the Edmund N. Ervin Pediatric Clinic of the Thayer Hospital, from which she retired in 2003. Ann was active in Republican Party activities supporting her husband's successful campaigns for Mayor of Waterville and Kennebec County Attorney. She organized Governor McKernan's first Inauguration Ball, served as a member of the Board of Directors of the Area Boy's/Girl's Club and served as a Docent at the Colby College Museum of Art. Ann published several books. In 2003, Ann began fabricating and selling women's jewelry under the name of Classic Jewelry by Ann Marden. Through it all, she was a true "southern lady"! Ann is survived by her husband, sons, Lee (Bonnie), Don, Jr. (Kristen), David (Mirjana) and Ken (Laurie) and beloved grandchildren, Sean, Josh, Hannah, Jamie, Lindsey, Courtney, Milica, Mateja and Bailey, sister, Carolyn Hutto and sister-in-law, Libby Bowzard, Holly Hill SC. In addition to her parents, Ann was predeceased by her brother, Johnny Bowzard. A service will be held Saturday, June 12, 2021, in Waterville, Maine to celebrate Ann's life. Visit our guestbook at legacy.com/obituaries/charleston
To plant trees in memory, please visit our Sympathy Store.
Published by Charleston Post & Courier from Jun. 9 to Jun. 10, 2021.
MEMORIAL EVENTS
Jun
12
Service
, Waterville, Maine
MEMORIES & CONDOLENCES
0 Entries
Be the first to post a memory or condolences.