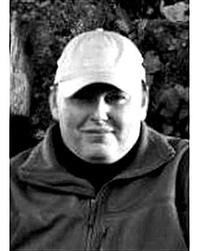 ABOUT
South Aiken High School
FUNERAL HOME
Shellhouse-Rivers Funeral Home & Crematory
715 East Pine Log Road
Aiken, SC
Tracy E. Wilson
Aiken - TRACY ELIZABETH WILSON, 48, died after a sudden illness, Monday, September 16, 2019 in Rexburg, ID.
Born on Torrejon Air Base in Madrid Spain, Tracy was a daughter of David Alton and Cora Ann Richardson Wilson. She graduated from South Aiken High School and was a veteran of the U.S. Air Force, serving in Saudi Arabia.
Tracy worked as a deputy with the Aiken County Sheriff's Office, was an officer with the New Ellenton and USC-Aiken Police Departments and Wackenhut at the Savannah River Site. She was a survivalist. Some of her accomplishments were hiking the Appalachian Trail and canoeing 1500 miles on the Mississippi River. She appeared as a contestant on season 2 of the "Alone" series on The History Channel. She has traveled across America for the last 4 years teaching survival skills
Survivors, in addition to her parents, include a daughter, Cynthia Wilson; two sons, David Wilson, Tad Wilson, all of the Aiken area; two grandchildren, Kara and Owyn Blackwell; a brother, Bobby C. Wilson, Simpsonville, SC; a half sister, Chantee Wilson, Chicago, IL.
Funeral plans will be announced.
SHELLHOUSE - RIVERS FUNERAL HOME, 715 EAST PINE LOG RD., AIKEN, SC
Visit the online guestbook at
www.shellhouseriversfuneralhome.com

Published by Aiken Standard and North Augusta Star on Sep. 20, 2019.
To plant trees in memory, please visit the Sympathy Store.
MEMORIAL EVENTS
To offer your sympathy during this difficult time, you can now have memorial trees planted in a National Forest in memory of your loved one.
Funeral services provided by:
Shellhouse-Rivers Funeral Home & Crematory
MAKE A DONATION
MEMORIES & CONDOLENCES
16 Entries
Your sweet spirit is so needed by so many here on earth. God bless you and lucky are those whose lives you are now surrounded by.
Gloria
Other
September 8, 2021
Thank you for your service and heart. A true hero!
Kara
Other
August 8, 2021
My favorite Alone contestant, so sad to learn of her passing. Rest in love <3
Alex Killian
June 22, 2021
Just learned of Tracy's passing from watching Alone. I loved being able to learn of Tracy from watching the show. I feel a sort of loss. I loved her reason for leaving the show because she truly stayed to who she was. May her beautiful soul rest easy.
Lainna C.
Other
June 17, 2021
Rest easy now you will be missed
Jackie Rider
April 14, 2021
Just watched Ms. Wilson on Alone and was fascinated by her story, what she had to say and her skills as a survivalist. I am profoundly sorry to hear she passed. She is an icon as a strong, independent, intelligent and skilled woman. May her wonderful soul rest in peace.
Mary McDonald
Acquaintance
September 29, 2020
Watched Alone season 2, having questions for contestants about show, trying to reach out and just learned about her passing. My condolences to her family and all who knew & love her.
When I camp , hike Appalachian trail I'll think of her specially when I see bear..... "hey bear!"
Rest easy Tracy,
Sincerely,
just another human being
Janetlynn Kay
August 8, 2020
I, like a lot of others, was watching alone and had to pause to google this mind blowing, amazing, woman! Seeing that she passed away breaks my heart. She was inspiring on this earth and her incredible integrity and perseverance are inspiring still.
LeeLee Cantrell
July 15, 2020
I was watching "Alone" for the first time ever and googled Tracy, so sad to find out she has passed. =( She was my favorite contestant. Rest in paradise.
Alexandria Killian
Friend
April 29, 2020
I was just watching Alone. In the credits Tracys name came up. I wish to extend all of my sympathies to her family and friends such a sad thing to read. To young to be taken. God must have needed a perfect soul.
Becky
February 28, 2020
We met Tracy last year at the Mansfield Covered Bridge Festival where we were set up as vendors. My kids especially loved her and she was so patient and kind with them. She was so special and is very much missed!
Katrina Hix
Acquaintance
October 18, 2019
You will be missed and you are such an inspiration. You will never be forgotten.
Ms. Taylor
Friend
October 10, 2019
Thoughts and prayers to her sweet family. David, sending hugs and prayers to you.
Monique Waller
September 22, 2019
I am so sorry to learn of her passing. On Season 2 of Alone, I was certain she was going to be the winner. She was an inspiration and so skilled! My heart goes out to her family.
Connie Watson
September 20, 2019
My dear sweet friend, it was always an honor and pleasure to meet up with you and hear about your amazing adventures! I will always cherish our limited time together.
Marcey Hester
September 20, 2019
She had such a special way about her. She will truly be missed.
September 19, 2019
Showing 1 - 16 of 16 results