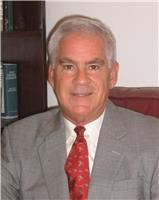 FUNERAL HOME
Shellhouse-Rivers Funeral Home & Crematory
715 East Pine Log Road
Aiken, SC
AIKEN – On Friday, August 27th, 2021, Thomas George Moore, loving husband and father of three beloved sons, died suddenly yet peacefully at his home in Aiken, SC. He was 73 years old. He predeceases his beloved wife Rhonda Sampietro-Moore, three adult sons and their spouses, two grandchildren, two step-children and four step-grandchildren, three siblings, and a host of extended family, friends and colleagues.
Tom was born June 6, 1948, in Charleston, SC to E. Raymond Moore and Daisy Burnette Moore. He graduated from Aiken High School in 1966 and later went on to attend the Citadel, where he graduated with honors in 1970. While at the Citadel he served as Bravo Company Commander, Chair of the Honor Court, and represented the Citadel as team captain of the College Bowl. In 1971 he attended the University of Grenoble, France under a French Government Scholarship, where he began his mastery of the French language and interest in strategic international relations. In 1984 Tom received his Master's in National Security Affairs at Georgetown University. In 2016-2018 he studied at University College Cork in Ireland, earning an MA in the History of the Irish Revolution with First Class Honours, and in 2018 an MA in Creative Writing, also with a "First.'
On June 13, 1970, he married Suzanne Dusenbury of Florence, SC. They raised three sons, Thomas George Moore, Jr., John Ferguson Moore, and Stuart Rollins Moore. A former officer in the US Army Reserve, he served in the Office of the Secretary of Defense as a Reagan Administration appointee, then on the Professional Staff of the Senate Armed Services Committee under Chairman Strom Thurmond. Tom later became Director of Defense and Foreign Policy at The Heritage Foundation and was a well-respected expert in strategic international policy and arms control.
Tom loved books and was an avid reader and writer. He authored six books and numerous articles and stories throughout his life. He loved nature, and cultivated a love of hunting, camping, and hiking with his three sons, imparting to them a love of God's creation and a desire to conserve natural resources for posterity. While growing up in Aiken he developed his love for horseback riding and jumping and enjoyed equestrian pursuits throughout his life.
Later in his career Tom became a published novelist and was the author of five books. He was the author of a recent historical novel A Fatal Mercy: The Man Who Lost the Civil War. The work was a semi-finalist for the prestigious Bridport Prize for Fiction in Great Britain. In 2005 Tom wrote an acclaimed historical mystery-adventure novel, The Hunt for Confederate Gold, and in 2012 published his historical novel No Villains, No Heroes. His broad knowledge and keen interest in history informed his work.
Tom was a devoted Christian and clung to the promise of the gospel message despite life's many challenges and disappointments. He was passionate about his beliefs and was often sought out by family and friends alike for his keen insight and counsel. Despite his human flaws, he strove to live his life according to principles of love, integrity, and personal honor. He will be sorely missed but always loved by those who were fortunate enough to share their lives with him.
Tom's family will be honoring his memory with a celebration of life in October, 2021, at a location to be determined.
Please visit www.shellhouseriversfuneralhome.com for future announcements, and also to sign Tom's guest book.
In lieu of flowers, donations may be made in his memory to the Hitchcock Woods Foundation, P.O. Box 1702, Aiken SC 29802.
SHELLHOUSE-RIVERS FUNERAL HOME, INC., 715 E. PINE LOG RD., AIKEN, SC

Published by The Aiken Standard from Aug. 30 to Sep. 8, 2021.
To plant trees in memory, please visit the Sympathy Store.
MEMORIAL EVENTS
Celebration of Life
Service details to be determined.
Funeral services provided by:
Shellhouse-Rivers Funeral Home & Crematory
MAKE A DONATION
MEMORIES & CONDOLENCES
Sponsored by Shellhouse-Rivers Funeral Home & Crematory.
4 Entries
So sad to say goodbye to Thomas, always the Southern gentleman. The ladies of Aiken all fell in love with him and Rhonda was able to call him husband. I can´t imagine the loss and grief of his beloved family. What wonderful memories he left everyone he touched.
Kay Byrnes
October 15, 2021
mr moore was a wonderful, caring man. he was my french teacher and always put a smile on my face. truly one of the kindest people i´ve ever met. always went above and beyond for his students and cared so much for them prayers to his family.
veta mapes
School
September 2, 2021
Prayers are with you Rhonda. So sorry for your great loss.
Jan fleetwood
August 30, 2021
Love and will miss you! Prayers for Rhonda and family. God bless.
G. E. Haskell Moore , III
Family
August 29, 2021
Showing 1 - 4 of 4 results