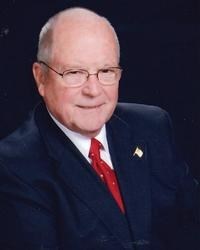 FUNERAL HOME
George Funeral Home & Cremation Center - Aiken
211 Park Avenue, SW
Aiken, SC
John Franklin Jordan
Aiken - John Franklin (Frank) Jordan, Jr., 79 of Aiken, South Carolina, passed away on January, 28, 2021 in Aiken, after losing his month-long battle with COVID-19.
Frank will be remembered as a loving husband, father, grandfather. His compassion for others will remain his legacy. He was a servant and provider for his family, country, and community while positively impacting so many lives along the way.
Born in Atlanta, he was the son of John Franklin Jordan, Sr. and Sarah Leftwich Jordan. After childhood, Frank attended the University of Notre Dame and graduated in 1963 with a bachelor's degree in Aeronautical Engineering. He was hand-selected by Admiral Hyman Rickover to be commissioned in the Navy as a nuclear submariner, and served his country for 27 years. Frank held various positions within the Navy and served numerous tours of duty as an officer. His naval career then included, as Captain, commanding the USS L. Mendel Rivers, Director of Prospective Commanding Officer School, Submarine Squadron Commander stationed in Charleston, South Carolina, and Director of Operations of the Atlantic Fleet and NATO Submarine Forces. After retiring from the Navy, he was employed for 13 years at the Savannah River Site holding several managerial positions with a final assignment as Vice President and General Manager, Nuclear Materials Stabilization and Storage facilities.
Frank was an active member of the Saint Vincent de Paul Society, a member of the Knights of Columbus, and a hospital volunteer at Aiken Regional Medical Center. Frank was a past president of Hospital Auxiliary and a visiting member of Mended Hearts. He was a docent at the Aiken County Historical Museum where he enjoyed sharing stories and secrets of Aiken's past.
Frank Jordan is survived by his loving wife, Laura Underwood Jordan of Aiken; son John Jordan (Joanne) and grandsons Luke and Caleb, of Denver and daughter Elizabeth Jordan Supan (Brian) and grandchildren Sarah and Matthew, of Aiken. He is preceded in death by his parents John Franklin (Johnny) Jordan and Sarah Leftwich Jordan. He will be greatly missed by all.
In lieu of flowers, memorial donations may be made to St. Vincent de Paul Society or St. Mary Help of Christians PO Box 438, Aiken, SC 29802.
A private funeral service will be held at the Rose Garden at St. Mary Help of Christians on Monday, February 1st at 11:00 with Father Gregory Wilson of St. Mary Help of Christians officiating. Burial will follow at the onsite Columbarium. George's Funeral Home will be handling the funeral arrangements. The ceremony will be live-streamed and can be viewed on the George Funeral Home & Cremation Center Facebook (www.facebook.com/GFHCC) beginning at 11:00 a.m. Monday. A celebration of life event will be held in the fall.
The following is a quotation from Dr. Suess that meant a lot to him and one we might all contemplate as we work through these difficult times: "Don't cry because it's over, smile because it happened."
The Historic George Funeral Home & Cremation Center, 211 Park Ave., SW, Aiken, SC 29801 (803.649.6234).
Expressions of sympathy for the family may be
left by visiting www.georgefuneralhomes.com

Published by Aiken Standard and North Augusta Star from Jan. 31 to Feb. 10, 2021.
To plant trees in memory, please visit the Sympathy Store.
MEMORIAL EVENTS
Feb
1
Funeral service
11:00a.m.
viewed on the George Funeral Home & Cremation Center Facebook ( www.facebook.com/GFHCC )
SC
Funeral services provided by:
George Funeral Home & Cremation Center - Aiken
MAKE A DONATION
MEMORIES & CONDOLENCES
Sponsored by George Funeral Home & Cremation Center - Aiken.
3 Entries
R.I.P. XO. Was honored to serve with you.
Ross Neely MM1(SS)USN-Ret
February 5, 2021
Laura and family, I would like to extend my deepest sympathies on the loss of your beloved husband, father and grandfather.
Ruth Herrera
February 2, 2021
He was a wonderful person. We had some good times together. Love and prayers to Laura and family. Frank will be missed.
Bob and Eileen Stowell
January 31, 2021
Showing 1 - 3 of 3 results