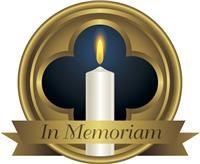 BORN
1951
DIED
2021
FUNERAL HOME
McKoon Funeral Home
38 Jackson Street
Newnan, GA 30263
Dewey Spivey
Aiken - Dewey Lindsey Spivey began his life's journey on August 23, 1951. He was born at Newnan Hospital and was one of six children born to the late Aubrey Hardaway and Evelyn Lucille Flournoy Spivey. His parents, like so many of that time, were employed by the textile mills that flourished in Newnan after the depression and he was subsequently raised in the East Newnan Village.
His first job was working at West Point Pepperell in East Newnan in 1967. There he worked as an entry level employee and while there he acquired several skills such as welding and maintenance that would open other doors for employment for him. While working at West Point Pepperell, he began his family and soon moved to Hogansville. In Hogansville he began going to church with his young family and became an ordained minister in 1978. In 1978, he established Philadelphia Baptist Church on Farmer St. in Newnan and honored his God by leading souls to his Lord and Savior Jesus Christ. He also participated in a radio ministry on local radio station WNEA. In 1994, Dewey began working for NACOM and was a manager over maintenance for the company and specialized in tool and die. While working for NACOM he was able to travel to Japan and other countries and received industry awards for his knowledge and ingenuity. In 2002, he moved to Aiken, SC. and began a 15-year career with Maytag, now known as Crane, where he was named the Director of Manufacturing and Engineering.
Dewey's inherent incredible work ethic inspired him to join with his wife Barbara in operating a Marble Slab Creamery in Aiken SC in 2006. He was truly a man who wore many hats. The hat that he wore, though, with great distinction was that of a servant of God; followed closely by that as husband to his wife of almost 27 years, Barbara Mote Spivey who was always referred to as "my baby". He was an exemplary father to his sons Curtis Spivey, Wesley Spivey and Corey Spivey. His surviving siblings are Grover Spivey, Joe Spivey, Sr. and Aubrey Spivey, Jr, Jean Lee and Mary McMillan. He was grandfather to Wesley Spivey, Jr., Jackson Spivey, Nate Spivey, Jacob Spivey, Dylan Spivey, Joshua Spivey, Peter Spivey, Cristian Hernandez and Madeline Hernandez. Dewey was charmed by his three fur babies, Shada, Tinker Bell and Zoey.
A favorite scripture of Dewey's was Revelation 14:13. "I heard a voice from heaven saying, write this: blessed are the dead who die in the Lord from now on. Blessed indeed, says the Spirit, that they may rest from their labors, for their deeds follow them!" Thanks be to God for the life of this good man.
Dewey's family will gather at the graveside at Forest Lawn Memorial Park in Newnan on Tuesday, January 5, 2021 at 2:00 PM for a service of remembrance and celebration for God's gift of his life and influence in their lives. The service will be led by David Arrington. Considering current health conditions, it is requested that face coverings be worn. Social distancing protocols will be observed. The family appreciates your prayers as they go through this time of transition.
McKoon Funeral Home 770-253-4580.
Online condolences may be
expressed at www.mckoon.com.
To plant trees in memory, please visit our Sympathy Store.
Published by Aiken Standard and North Augusta Star from Jan. 5 to Jan. 13, 2021.
MEMORIAL EVENTS
Jan
5
Graveside service
2:00p.m.
Forest Lawn Memorial Park
, Newnan, Georgia 30263
Funeral services provided by:
McKoon Funeral Home
MEMORIES & CONDOLENCES
Sponsored by McKoon Funeral Home.
0 Entries
Be the first to post a memory or condolences.